Home » 8westproject » you wish you knew

you wish you knew

Austin can keep staying weird, San Fran hip, New York chic.
Tucson, it can’t be explained.
I only realized in retrospect what it is that makes Tucson unique. It dawned on me while waiting at a red light, when a marching band on stilts, wearing top hats and covered in glowstick juice was crossing the road and blocking traffic. I wasn’t taken aback, but just reminded that it was that time of the year again. 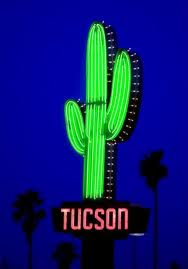 For years the homeless would gather at a park that was once probably named after a city council member or politician. But eventually, some other councilman or politician decided it was to be called Bum Park, and erected a sign making it official.
There is a cross-town rivalry based entirely over hot dogs wrapped in bacon. Rumor has it that the two parties involved each have a tie to the Mexican Mafia.
â€œBear Downâ€ is a salutation, a piece of advice, a goodbye, an inspirational quote, for many a tattoo, an anthem and a lifestyle.
The radio stations are consistently terrible. I still don’t know why that is, actually. But they’re consistent.
You learn to not go to the local bicycle co-op on Sundays, during their transgender bike-building seminars. You don’t avoid it because it’s weird, but because it is too crowded.
Bob Dylan wrote Forever Young while in Tucson. He knew.
In early January 2011, you could hug any resident in the entire town and they would return the embrace. Ask President Obama, he knows. Tucson didn’t need the tragedy to unite â€“ it just showed the nation how things already were.
I’ve had rabbits, quail, lizards, javelinas and coyotes in my front yard. I lived downtown.
Eegees don’t melt. Never, not even in the heat of the summer. Riddle me that.
It took me five years to figure it out. And I can’t explain it to you. You have to earn it.
Don’t want to? No worries, the Old Pueblo will be just fine without you.
Tucson – you wish you knew.